By tracicot On August 30, 2013 · Add Comment
The homeowner had a 150amp service and wanted to build an addition on his house for his parents to live in. We came in and removed the old service. We then installed a new 300amp service so he would have enough power for everybody. This first picture shows the old 150amp service. 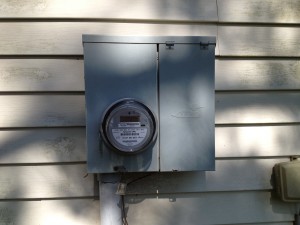 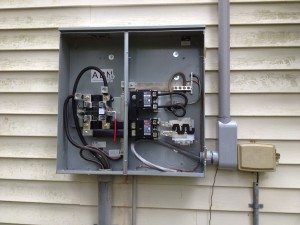 The pipe on the right side has the cable that feeds the breaker panel in the new addition. We first had to pull the permits with the county and then get the power company to turn off power to the house. We built the new service and coordinated with the county inspector and the power company so this could all be done in one day. The house was without power for only five hours so the food in the freezers was fine.
2013-08-30T00:40:18+00:00
Share →
Tweet